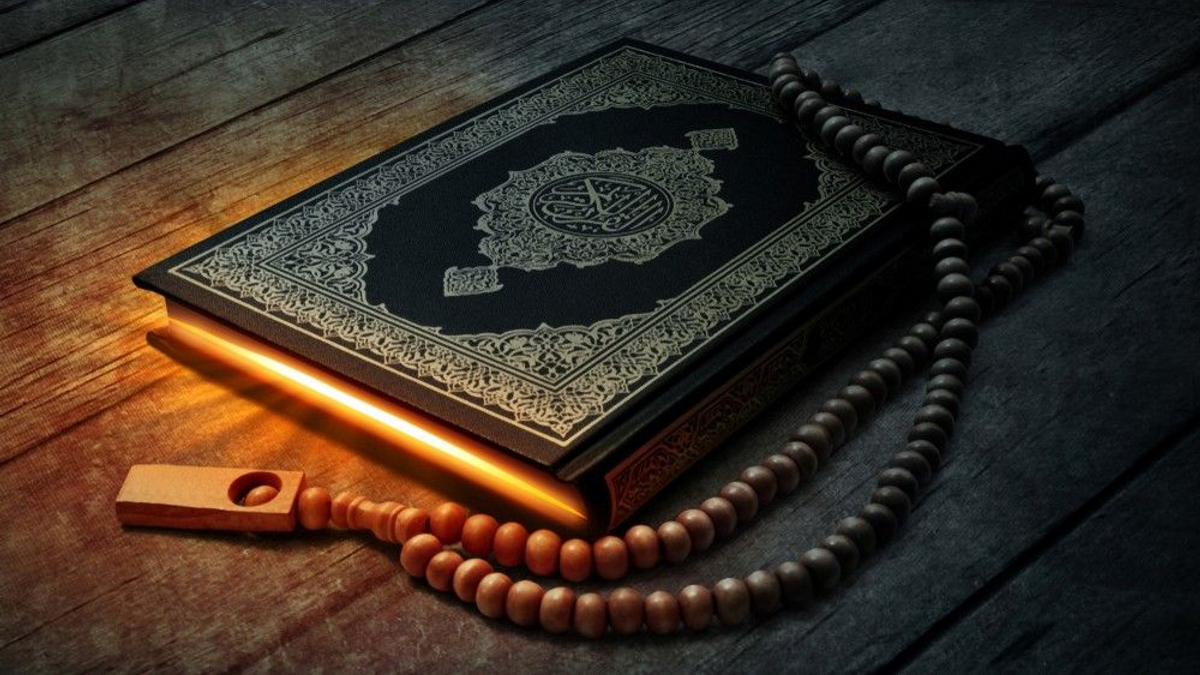 The world is facing the Islamic violence of Jihad for a long now. Every now and then some or the other Islamic cleric or bodies issue 'fatwas' against someone or the other. Quran may be biding for Muslims for their conduct but it cannot be referred to for their conduct in public, especially in a non-Islamic Secular and Democratic nation like India. Here Constitution of India provides everyone the equal rights and then if Quran discriminates idolators, believers of religions/faiths other than Islam, it must be amended or banned. This article points out 60 verses of Quran that is hateful and intolerant to the followers of other religions and the worshippers of various idols, a practice followed widely by almost all religions in India except Islam. If Muhamed, the founder of Islam was intolerant to idols, that was his problem. That hate and intolerance cannot be applied in non-Islamic nations. Most of the Muslims send their children to learn Quran at their tender ages. The hateful Quranic verses taught to them remain in their conscience forever; and forever they consider the human of other religions an object of hate, something that could be seen in most Muslims.

Today numerous individuals, families, societies, communities and nations have been suffering because of Quranic hate. The intolerance against the believers of other religions and faiths must not be accepted by civilised societies. However, the Friday Khutbas of Islam brainwashing of even educated lots are the objects of greater blame that incite against others. The literate, moderate and wiser lots among the community know and acknowledge that many verses of Quran are contrary to their peaceful co-existence with non-Muslims. Although Khutbas are for promoting good behaviour, being passionate about fellow Muslims to help them in distress, it also promotes discrimination and hatred towards Kaffirs. Some of the Khutbas advocating hate against Kaffirs are readily circulating on youtube videos/audios.

The Imams and Mullahs reading Khutbas are specially selected radical lot who have the capabilities to influence opinions. It is believed that several of these Mullahs are employed for the purpose, hail from nations where Islamic radicalism is widely preached and practised. In an attempt to find the truth, the French govt found that many of the Imams and Mullahs preaching in the French mosques hailed from Malaysia, Pakistan, Iran and so on, living illegally. They are experts in inciting vulnerable Muslims into Jihad or world jihad, to be ready to fight for their perceived cause of Islam in any part of the world. They have blind faith in Imams and Mullahs who brainwash them to even lay down their lives in Jihad. They are made to believe that with such acts, their Allah will be happy and provide them with 72 hoors (beautiful heavenly women) to fulfil their lust after death. They seldom realise that lust is a worldly pleasure and can only be experienced if they are alive. Yet, the Mullahs are able to influence and brainwash them.

It is believed that there are only 26 verses of Quran which are hateful towards others. In this article, the undermentioned 35 verses of Quran are against the believers of other religions and faiths whom Islamic literature terms dis-believers or non-believers (of Islamic God). In addition, there are 25 more verses in Quran which are hateful and intolerant against the polytheists and worshippers of idols. These 60 verses have varying grades of religious discriminations, hates, intolerances and bigotries. Their hate against Christians, Zoroastrians and Jews is especially distinct. It is worth noting that Mohamed, whom Muslims call their prophet, committed genocide against several Arabian tribes only because they refused to submit to forced conversions (read Islamic Hate, Intolerance, Bigotry & Fascism, https://articles.thecounterviews.com/articles/islamic-intolerance-bigotry-fascism-global-caliphate/).

The readers are cautioned not to go by the simple and moderated English translations to the verses which have deliberately mellowed the tone and tenor of hate and incitement to avoid catching eyes of the laws. However, the Arabic verses are extremely divisive although some have dual meanings too eg hateful if explained by the ultra-radical Imams and mild if explained to prove it non-intolerant. Islamic Jihad and terrorism are born out of these Quranic verses. It is known that the Muslim men and women in the countries that produce radicals and terrorists in bulk, have lesser educated people. Many of the orphans and children brought up in orphanages, have mental faculties vulnerable for converting into terrorists. They have blind faith in Imams/Mullahs.

The Muslims of world over are made to believe their rights to Jihad esp on geopolitical issues. The two of such issues are found in plenty. Firstly, that any land earlier ruled by Islam and Islamists, rightfully belong to them. This is a mockery of law & justice for the present. If the followers of other faiths and religions too pick up violence to liberate their land held today by the Muslims, Islam will be wiped out from the world because all their kingdoms and nations are built on the ruins of other faiths and religions. Secondly, fight for the cause of Muslim brethren in other nations is a good concept but what happens if Christians pick up violence for for genocides being committed in Middle-East and Africa and Hindu/Sikh pick up the issue of genocides committed on their communities in Afghanistan, Pakistan and Bangladesh. There will be no law of land left thereafter.

In addition to the above, undermentioned are 25 Quranic verses, capable of inciting hate against the believers of other religions and faiths, polytheists and worshippers of the various gods in the form of idols. One must remember that Mohamed, whom Muslims call their prophet, who hated idols so much that he destroyed and defaced all 360-odd idols of Mecca himself. Unfortunately, the intolerant faith founded by him is so hateful that they consider eliminating / killing the believers of other religions/faith, the polytheists and idol-worshippers as their legitimate right esp if asked by their Imams…as a form of Jihad. This is contrary to basic Human Rights in the world. All individuals have the right to practice their own faith and religion.

The above 35 verses amply show a Quranic discrimination against the believers of other religions and faiths whom Quran terms dis-believers or non-believers. These believers of other faiths are put to a very wide range of persecution ranging from segregation, isolation and preventing mixing-up with the Muslims…to burning them in the fire as per the wishes of their intolerant Allah. This is absurd. It is so unfortunate that such barbarism is advocated in Quran, the most sacred book of Islam. How is the present day Secular and Democratic societies the world over accepting it in non-Islamic nations? Why is the United Nations Human Rights not raising a red flag to such barbarism of Islam? One is tempted to ask whether Muslims are also called non-believers in non-Islamic states and treated as 'kafirs' or equivalent. Whether other religions too teach their followers to met the Muslims a similar treatment (like burning them in fire) for being disbelievers of the religion(s) followed in those nations? No other religious scriptures are so hateful and intolerant as Quran.

The translation and meaning of the above Quranic verses are highly deceptive. The simple meaning of some may be "Allah will see them...or similar". However, when the wishes of Islamic Allah are read in Hadith and other books, it authorises the Muslims to carry out the wishes of their Allah. One may hear a person threatening other with the same words "I will see you..." and none should have a dilemma as to what it means. It clearly means bodily harm or repression. Hence, all these verses are covertly discriminatory, hateful, intolerant and bigoted towards the believers of other religions and idol worshippers.

(Note : The author acknowledges he doesn't have complete knowledge of Quran/Hadith. However, as each verse of Quran/Hadith is quoted/interpreted in isolation by all common Muslim men, it carries the precise meaning as understood. It is another thing that Islamic scholars will find ways and means to dilute the hatred/intolerant content of these verses by quoting some other verses from elsewhere.)