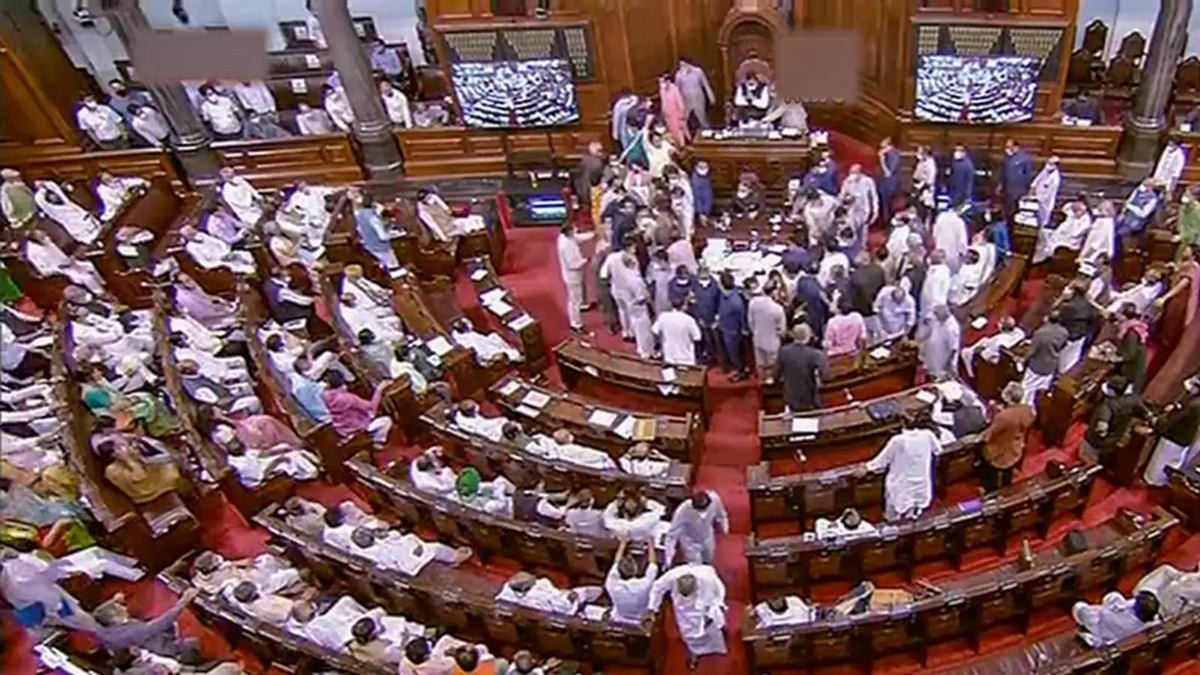 Urgent Issues Being Ignored in Our Parliament

In the last parliament session of 2021, the opposition politicians were seen falling to all time low when they firstly, they paralysed the entire session for nothing and secondly, they attacked the deputy chairperson and when the Marshals were called in, they shamefully attacked them too, worst the women. Opposition paralysing the house for few days are nothing new in our country. Whenever there were major fault-lines in the govt functioning and they didn’t heed opposition demand to discuss those issues, opposition did create ruckus in the house. Some of the past precedence include various scams like Coal-mine allocation, Commonwealth Games (CWG), 2G Spectrum, Adarsh Housing Society and so on. The previous UPA govt ignored opposition call when Coal Scam, 2G spectrum duly endorsed by the Public Accountant Committee (PAC) had found irregularities and the govt refused to discuss it in the house. That time BJP had paralysed the parliament for …days. In the present situation under NDA, the opposition paralysed the parliament for apparently discussing an unsubstantiated, arbitrary Pegasus Snooping case. Govt kept its argument amidst the din of the house and offered the opposition to discuss and debate but opposition preferred to paralyse the house to the unprecedented low behaviour, that they did not let even PM to introduce his newly revamped cabinet. All decorum was thrown to the winds by the unruly opposition MPs. Such uncourteous opposition was seen in the house for the first time in the entire parliamentary history of independent India. The reasons are not very hard to understand. Most of the MPs are from Congress indirectly headed by an incompetent person whom the nation calls ‘Pappu’, a child…and this child is also considered an ignorant, a liar, a fraudster out on bail. The other party having significant opposition MPs, is TMC headed by a woman who is allegedly abusive, arrogant, liar, scamster and also known as ‘Bandit Queen’. Hence, her party MPs could be least expected to behave orderly. Similarly, some other family-based political parties too often behave like hooligans.

Modi Govt cannot be fully absolved of the ongoing logjam and pandemonium. It is invariably the tactfulness of the treasury benches and the govt to run the business. We saw the Govt inflexibility and tactlessness during the passage of farmer’s bill too. The minister of parliamentary affairs has to be accommodative esp when the opposition is hopeless after repeated drubbing both in Centre and States. This cannot be the reason for opposition misbehaviour though. In the present din, the administration of the chair too seemed to be too lenient towards the opposition. Since they have been repeatedly coming into the well of the house with sloganeering, after cautioning them, the chairman/speaker of the houses could have penalised the arrogant MPs but did not. This is surely a sign of weakness.

The voters of India have been witnessing the hooliganism of the opposition in the parliament and the disrepute they have brought to the temple of the largest democracy of the world. They surely will remember it while voting the next time. However, precedence has been created.

There are many challenges before the govt that they apparently have lost sight to.

1. The raging Pandemic. A condolence motion needs to be passed for those dead in the pandemic and resolve made to make the culprit compensate. We must condemn the agency which caused the virus to spread. A call must be made to the WHO to investigate its source and fixate the culpability for the pandemic. WHO or UN may also decide if the culprit could be made to pay the compensations for the dead and those who suffered all over the world.

2. Parliamentary committee of Foreign Affairs. India, the world’s largest democracy, is always at the receiving end to foreign nations’ parliamentary interferences in the internal issues be that UK and EU commenting on CAA, abrogation of art 370, farmers’ protests and so on. USA repeatedly commenting on the Human rights issues at the behest of their Pak/OiC/Chinese lobbies. Such interference will continue to happen in future too. It is time for India to constitute a Parliamentary Committee for Foreign Affairs through a sanction of Cabinet committee followed by Parliamentary approval. It will provide India to express a legitimate and democratic means of forming opinions on the foreign affairs of the world esp those affecting Indian interests.

3. International borders with China. Amidst the reports of the LAC under increasing threat by the Chinese expansionism and misadventures, the parliament must pass a unanimous resolution to secure own borders. It has two aspects of unwilling China to come to border talks and secondly Chinese illegal claims by declaring some part of India as ‘disputed’. The Indian approach could be on the following lines:-

4. Infiltration of terrorists through LoC. Pakistan has been waging an indirect war through the 4th wing of their military, the Jihadi Terrorists. They train them in their dozens of camps and send in to Indian territories through their launch pads across the LoC. Indian intelligence agencies know very well that those launching pads are full of terrorists awaiting cross over, yet our forces feel obliged not to hit the rats in their burrows because of the cease-fire agreement. Indian Armed Forces must respect cease-fire with the neighbouring forces but the Terrorists should never be spared. The Ceasefire is not for them as they continue infiltration from those launch pads. Parliament may authorise the Armed Forces to take appropriate actions against the terrorists.

5. Resolving the blunders of Nehruvian Era

6. Declare Pakistan a Terror Sponsoring State. Amidst increasing threats of Jihadi attacks in India esp after the recent Taliban success in Afghanistan, Pakistan must be declared a ‘Terrorist nation’ or a ‘State sponsor of terrorism’ sooner than later. (Refer ‘Golden opportunity to label Pakistan as Terrorist State’; ‘Is Indian Govt handling the Pakistan Terror Issues skilfully?’; The Counterviews, issues 3:01 and 3:03 respectively).

For long, our lawmakers have preferred ambiguity on taking firm actions on various issues of national, international and religious fundamentalism in Indian societies. In new India, the State must have a proactive approach on all such issues. Our own people must have right to a decent life esp when the nation is going to celebrate its 75th year of independence. Pakistan has been largely successful in their resolve to inflict thousand cuts to bleed India. On the other hand, the Indian State has largely been sheepish in its approach against expansionist China. Time has come when our lawmakers must pass a clear-cut law to act firmly on all these issues.